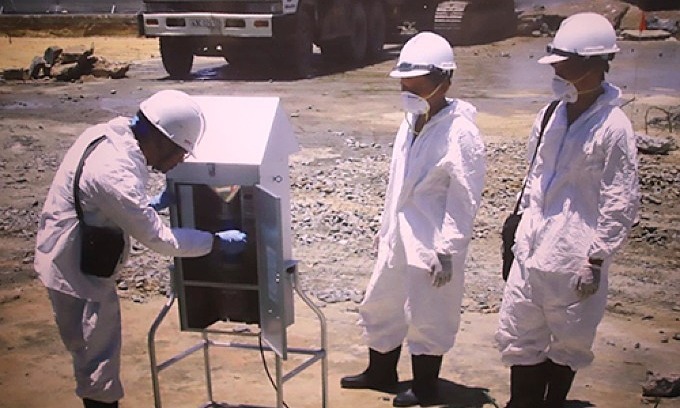 The project, expected to cost VND70 billion ($3 million), is scheduled to take around two years to complete.

During the Vietnam War, the American military used A So Valley in A Luoi District as a field airport. This was also a place to store toxic chemicals and a transit station for the U.S. Air Force to spray Agent Orange containing the dangerous chemical contaminant dioxin across the region.

Thua Thien-Hue was one of the most heavily affected places by dioxin in Vietnam. The central province is home to nearly 16,000 people exposed to Agent Orange.

Vietnam still has 28 dioxin hotspots, including airports formerly used by the U.S. military during the Vietnam War.

The government hopes to complete the task of decontaminating the country’s soil by 2030.

Work on dioxin cleanup at Bien Hoa Airport, the largest dioxin hotspot in Vietnam, started last year and the cleanup is expected to take at least 10 years. In 2017, the U.S. and Vietnam successfully tackled contamination at Da Nang Airport, removing it from the official list of dioxin contaminated spots in Vietnam.

Dioxin, a highly toxic chemical contained in the defoliant, stays in the soil and at the bottom of lakes and rivers for generations. It can enter the food chain through meat, fish and other animals, and has been found at alarmingly high levels in human breast milk.

Between 2.1 to 4.8 million Vietnamese were directly exposed to Agent Orange and other chemicals before the war ended in April 1975. These chemicals have been linked to cancers, birth defects and other chronic diseases.